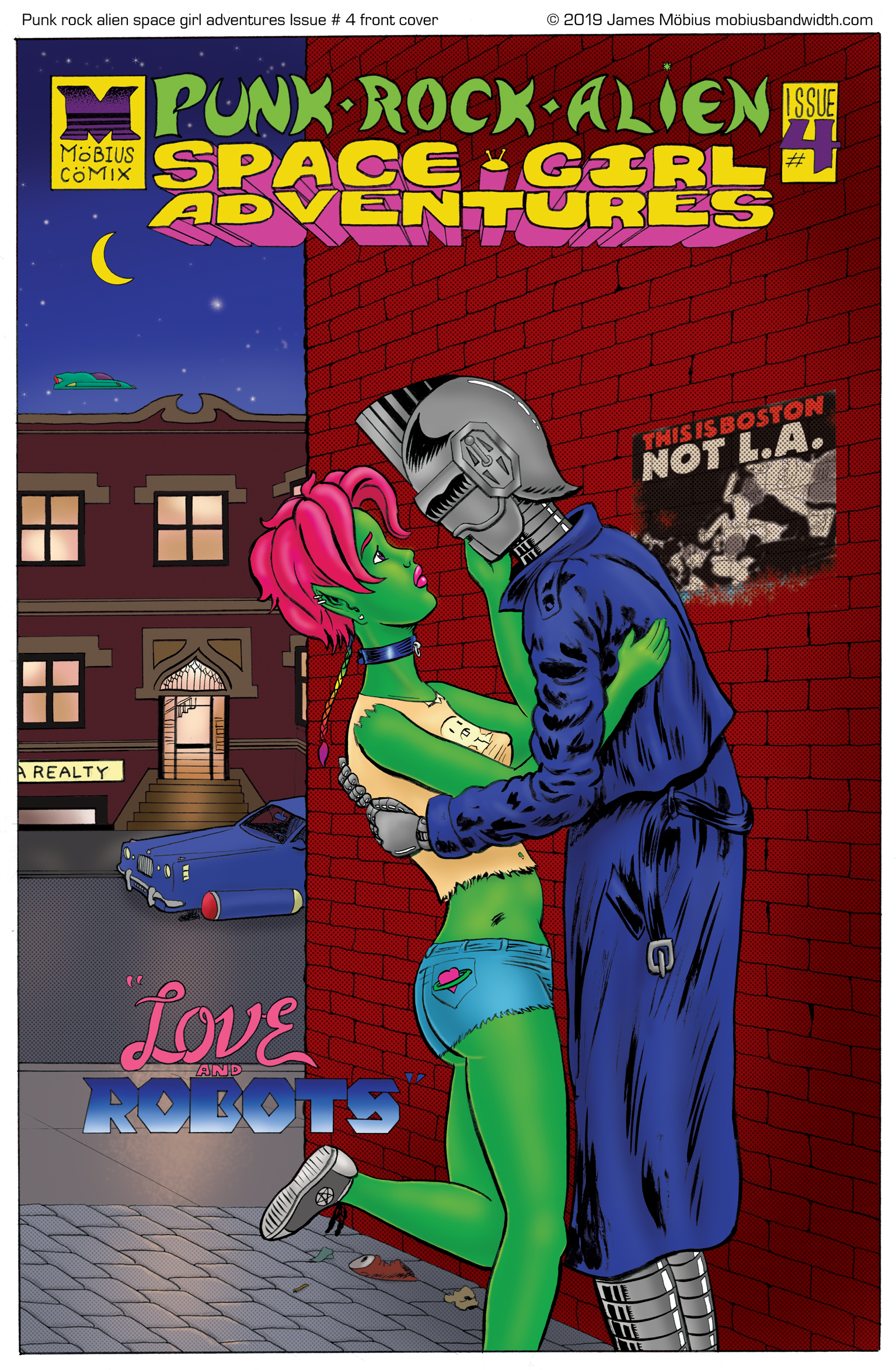 James Mobius 23rd Sep 2021, 11:33 AM
A little homage in part, to Love and Rockets. the poster on the brick wall is an oft misunderstood compilation album, wasn't meant to start a rivalry between Boston and L.A. punk bands, but rather point out that many west coast bands sounded similar to each other and the message was basically find your own voice. No one got it tho, lol. I only learned the truth about it whilst working on this cover, and explained it to Jaime Hernandez when I met him and got to hang out a bit a year ago or so. smashing bloke. L&R is basically the best comic, and a big influence on me.

also, I decided instead of posting a whole new issue every Wednesday until I'm caught up to where I have this posted elsewhere, other than my Patreon, I'll post a page every day until I catch up, in hopes of attracting more than 4 readers on here. over at my patreon you can read pages as soon as they're penciled, for about 3 cents a day, and have access to over 3,300 illustrations by me!
Edit Delete